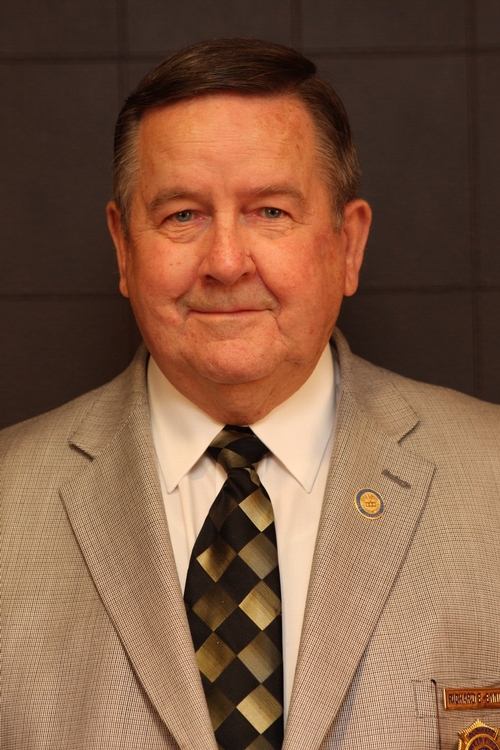 Richard was a member of the Citizens' Hose Company, No. 1..

Dover, Del. — Former Levy Court Commissioner Richard E. Ennis, died Thursday May 19 at home following a long illness. He was born on January 20, 1932, the son of the late Harry T. Ennis Sr. and Virginia A. (Williams) Ennis. After graduation in 1951 from the Smyrna High School, he served duty in Korea with the U.S. Air Force. After discharge from service, he was employed 30 years in a civil service position at Dover Air Force Base where he tracked air missions and documented aircraft flights. He actively participated in the Citizens Hose Company No. 1 Band for numerous years beginning in 1948, several of which he served as band manager. He joined the Citizens Hose Company on October 3, 1955 and served as President from 1969-1974, Secretary from 1965-1971, Director from 1965-1976, and became a life member in December 1974. Mr. Ennis served as Secretary of the Kent County Volunteer Fireman’s Association between 1972 to1974 and was designated as “President Emeritus” in 1974. After serving many years as delegate and chairing a number of committees in the Kent County Volunteer Fireman’s Association and the Delaware Volunteer Fireman’s Association, he served as President of the D.V.F.A. in 1979. He served a term on the Delaware Veteran’s Commission, one of which as Chairman. In 1981 he served as Worshipful Master of Harmony Lodge No. 13 A.F. & A.M, Smyrna. Mr. Ennis was elected to the Kent County Levy Court four separate 4-year terms, between 1989-1996 from the 1st District, and between 2003 to 2010 as the At-Large Commissioner. He was also a member of the Korean War Veterans Association and the Dover Elks. At the time of his death, he was a member of Wesley United Methodist Church, Dover, DE. In addition to his parents, he was preceded in death by his sister, Doris A. Jones; his brother, Harry T. Ennis Jr.; his former wife, Bertha Belle (Jarrell) Ennis; and his wife Janna (Leeuwen) Ennis. He is survived by two sisters, Virginia M. Morris, of Smyrna; and Jean Onofrey, of Philadelphia; two brothers, Robert T. Ennis and his wife, Shirley; and Bruce C. Ennis and his wife, Grace, all of Smyrna; a daughter, Betty Ann Carson and her husband William Jr., of Smyrna; and his two sons, Steven Ennis and his wife Lori; and Richard E. Ennis Jr., all of Dover. He is also survived by Janna’s daughter, Denise Murphy, of Magnolia, and numerous grandchildren and great-grandchildren. Funeral services were held Tuesday, May 24 at 11 a.m., at Matthews-Bryson Funeral Home, 123 W. Commerce St., Smyrna, where friends were asked to call Monday evening from 7-9 p.m. and again Tuesday at 10 a.m. A Masonic service was held Monday evening at 8 p.m. Burial was in Sharon Hills Memorial Park, Dover. In lieu of flowers, the family suggests contributions to the Wesley United Methodist Church, 209 S. State St., Dover, DE 19901, or the Citizen’s Hose Co. No. 1, Inc., P.O. Box 97, Smyrna, DE 19977. T