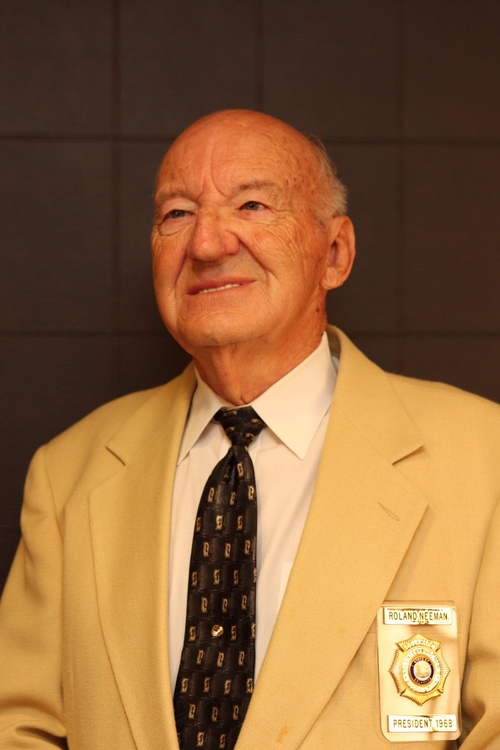 Roland was a member of the Felton Community Fire Company.

Roland Neeman was retired from the State of Delaware Highway Administration where he served as Chairman of the Fire Brigade. At the time of his death at the age of 85, he had served 64 years with the Felton Community Fire Company. He was Secretary of the fire company for 18 years, served on the committee to buy the company's first ambulance in 1956 and was Ambulance Secretary for five years. He also served as Bingo Chairman, Fire Recorder, Parade Chairman, Vice President and President. He was President and Treasurer for the Kent County Volunteer Firemen's Association and served as Ladies Night Committee Chairman for 32 years. Roland was inducted into the Delaware Volunteer Firemen's Association Hall of Fame and was named the DVFA Fireman of the Year in 2000. Mr. Neeman served on the Delaware Gaming Board, was President of the Felton High School PTA, President of the Felton United Methodist Church Board, a Sunday school teacher, and President of the Felton Street Fair Committee. He volunteered with Easter Seals, American Cancer Society and the United Way. In 1984, he served as Vice Chairman and in 1988 as Chairman of the 33rd District Democrat Club. Mr. Neeman was survived by his wife Emma Catherine Neeman; daughters Debbie Kenton, Faye Smith, Nancy Melvin; son Roland "Buster" Neeman, stepdaughter Judy Sylvester, stepson Mike Wooters, 10 grandchildren and 7 great-grandchildren. Roland Neeman was buried in Odd Fellows Cemetery in Camden, Delaware.