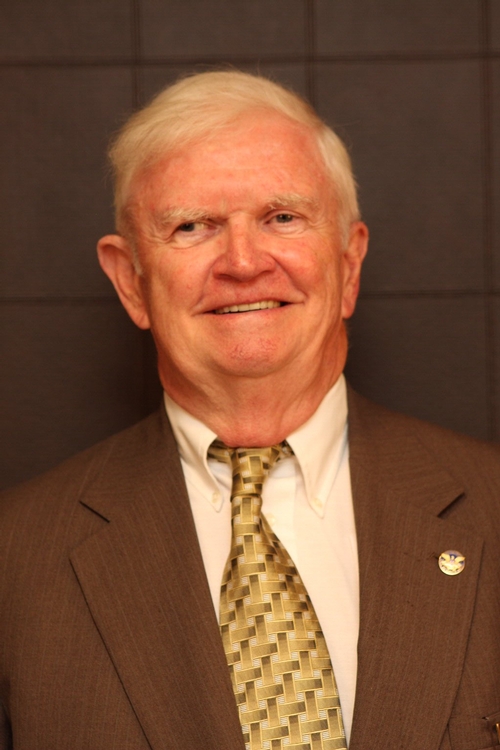 E. was a member of the Lewes Fire Department, Inc..

It is the sad duty of the DVFA office to report that E. James Monihan Jr, DVFA Past President died late Saturday afternoon July 18, 2009 at Beebe Medical Center. Jim served as President of the DVFA in 1978

He was a life member of the Lewes Fire Department and was a fire police officer at the time of his death. He was also a life member of the Cranston Heights Fire Company. E. James Monihan, a 32-year member of the National Volunteer Fire Council (NVFC) Board of Directors, passed away on Saturday, July 18. The NVFC is deeply saddened by this loss and sends condolences to his family. “The NVFC and the entire fire service community have lost a great leader and advocate, and it is with very heavy hearts that we bid him farewell,” said Philip C. Stittleburg, Chairman of the NVFC. “Jim was a true pillar in the fire and medical services at the local, state, and national levels. He will be deeply missed.” Jim was involved with the NVFC since its beginnings and became the Director from Delaware in 1977. He played an important role in the growth of the organization, serving as NVFC Chairman from 1979 to 1991. Jim sketched the first NVFC logo on a napkin and with that, the NVFC image was born. With the dedication of Jim and the other NVFC Directors, the organization expanded and became a leader in the fire and emergency services community. “Jim’s dedication to the fire and emergency services community is an inspiration to us all. He was a true leader and gentleman, so let us celebrate his life and accomplishments,” said Heather Schafer, Executive Director of the NVFC. Jim continued to serve as a member of the NVFC’s Executive Committee as well as Chair of the Legislative Committee. He also represented the NVFC on both the Congressional Fire Services Institute’s (CSFI) National Advisory Committee and a National Fire Protection Association standards committee, and he testified before Congress many times regarding fire service issues on behalf of the NVFC. Jim first joined the fire service in August 1957. He was originally drawn to the emergency services through the inspiration of his uncle, a volunteer firefighter. Jim was a life member of the Lewes (DE) Fire Department, where he had served as President and Deputy Chief; was a lifetime member of the Cranston Heights Fire Company in Delaware, where he had served as Secretary and Ambulance Captain; was an honorary member of the Bethany Beach Volunteer Fire Company, and was a past president and active member of the Delaware Volunteer Firemen’s Association. Jim was a vocal advocate and respected voice for the fire and emergency services. His passion for the fire service as well as key issues such as the importance of residential sprinklers earned him the admiration and esteem of all those whom he encountered. After his retirement from his 43-year career as a hospital executive, Jim continued to act as a consultant to the President of Beebe Medical Center in Lewes, DE, where he supervised construction. He also raised dogs and liked to garden and travel. Throughout his years in the fire and medical services, Jim received numerous awards and recognition for his dedication, commitment, and leadership. These awards include CFSI’s Mason Lankford Fire Service Leadership Award (of which he was the first recipient), the Sons of the American Revolution’s Fire Service Medal, the Bowl of Hygeia pharmacy award, Administrator of the Year from the American College of Healthcare Executives, the NVFC Director Award, and President Emeritus for the Lewes Fire Department. He also received the 2007 Robert Tunnell Award for Service to Beebe Medical Center from the Beebe Medical Center Foundation. Jim leaves behind is his wife, Jan, two children, and two grandchildren. He was survived by his wife Jan, daughter Mary and son Michael, grandchildren Gabriella and Phillip. E. James Monihan was interred in Henlopen Memorial Park, Milton, Delaware.