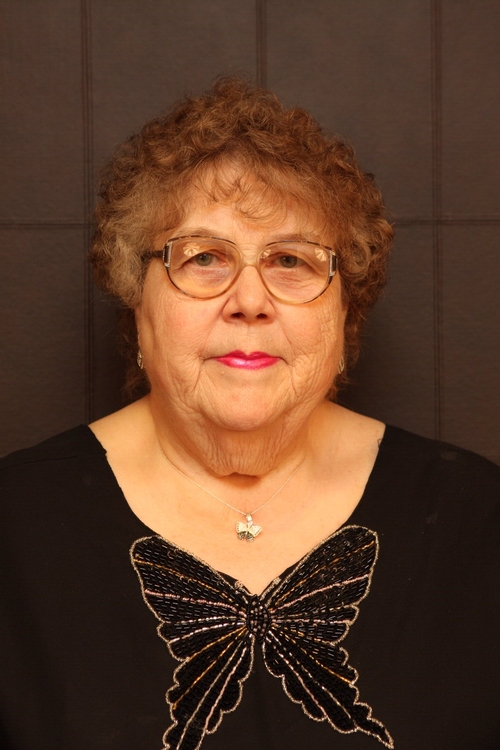 Shirley was a member of the Ellendale Volunteer Fire Company.

ELLENDALE - Shirley Lea Ellingsworth-Holloway Joseph departed her earthly life on Wednesday, March 6, 2013. Ellendale was her lifelong home. Many said that Shirley was Ellendale. She had written the weekly "Ellendale Letter" for the Milford Chronicle for the last 25 years, following her mother, Hazel Ellingsworth, in that venture. Her father was Isaac W.M. Ellingsworth. Shirley was preceded in death by her parents; two daughters, Cheryl Christie Joseph, in infancy; and Billie Dea (Holloway) Beck at age 39; and grandson Andrew Joseph Geyer at age 22. Shirley is survived by her husband of 47 years, Theodore (Ted) Joseph. She was "Mom" to Kathy Clendaniel (Josh), Benjamin Holloway (Vicki), Gladys Geyer (Dale Jarrell), Rosemary Joseph-Kappel (Todd), and Mandy Walls (Heather). She was "Mom-Mom" to Briona, Mikayla, Myles, Jarred, Zeph, Michael, Monica, Mindy and Ben, and a host of other grandchildren; great-grandchildren; and many friends. Shirley was a member of the Milford High School Class of 1951, attending nearly every reunion, even when she was wheelchair bound. She was also a member of the Ellendale United Methodist Church Serving others and her community was a passion for Shirley, having dedicated more than 50 years of her life to the fire service, in the tradition of her parents. Her father Ike Ellingsworth was a charter member of the Ellendale Fire Co. Her mother, Hazel, was a member of the Auxiliary along with Shirley, and both were charter members from the group's beginning in 1960. Shirley held many positions in the Auxiliary including President, and was Secretary for the last 20 years. She advanced to President of the Sussex County Volunteer Firemen's Ladies' Auxiliary, and through the chairs to become President of the Ladies Auxiliary of the Delaware Volunteer Firefighters' Association in 2001. Most recently, she was the president of the Ladies Auxiliary of the Delmarva Volunteer Fireman's Association in 2012. Shirley was also a very active supporter of the "Gee You Will" project. A viewing was held on Sunday, March 10, 6 to 8 p.m. at the Berry-Short Funeral Home, 119 NW Front Street, Milford, DE. A funeral service was held at 1 p.m. on Monday, March 11, 2013 at Ellendale United Methodist Church, 603 E. Main Street, Ellendale Memorial contributions can be made to, The Andrew Joseph Geyer Memorial Scholarship Fund, Wesley College, 120 N. State Street, Dover, DE 19901; Gee… You Will Project, PO Box 242, Ellendale, DE 19941; or the Ellendale Volunteer Fire Co and Ladies' Auxiliary, PO Box 5, Ellendale, DE 19941 - See more at: http://www.legacy.com/obituaries/newszapde/obituary.aspx?pid=163589278#sthash.M8IYWpUj.dpuf