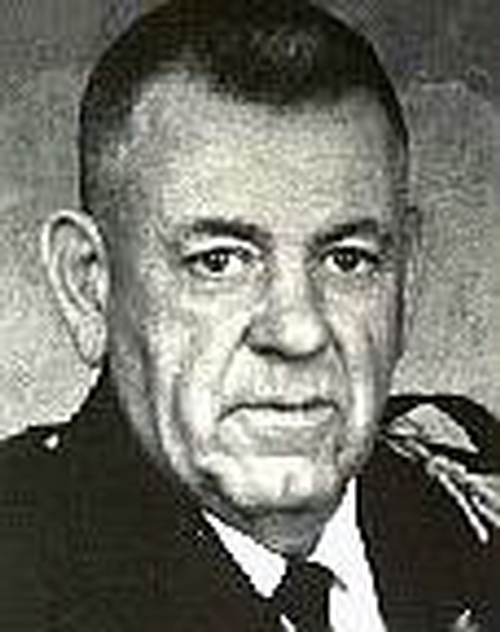 William was a member of the Clayton Fire Company, No. 1 Inc..

William R. "Ace" Carrow was a retired Master Sergeant in the US Air Force, where he served for over 20 years. He was a veteran of World War II and continued in civil service of the United State Air Force at the Dover AFB.  He was a Life Member of Clayton Fire Company, No. 1, where he held Line and Administrative offices up to and including Fire Chief and President.  He was the second person ever to be awarded Chief Emeritus of the Clayton Fire Company. He was the first person to ever receive the Clayton Fire Company pin for responding to 3,000 alarms. Bill was recipient of the Clayton Fire Company Fireman of the Year, Kent County Fireman of the Year as well as the Delaware Volunteer Firemen’s Association Fireman of the Year Award.  He served as the President of the Kent County Fireman's Association as well as the DelMarVa Fireman's Association. Ace also served on the Delaware State Fire Prevention Commission, appointed by then Governor Thomas Carper. He coached Little League and was active in his church the Ewell Saint Paul Church in Clayton and in service on the Clayton Town Council for several years. Ace was inducted into the DelMarVa Firemen’s Association Hall of Fame (1984) as well as the Delaware Volunteer Firemen’s Association Hall of Fame (1985) and was named DVFA Secretary Emeritus in 2000 for his many years of consecutive and faithful service. He was a member of the Harmony Lodge 13 A.F. & A. M, Smyrna as well as VFW Post 8801 in Clayton and the Odd Fellows Lodge, Smyrna. His wife Manetta Holland Carrow died in 2006 and daughter Cynthia Carrow Brode passed in 2015. Surviving were son William R. Carrow II, daughter Cathy Pritchard and four grandsons. Burial was in Odd Fellows Cemetery, Smyrna, Delaware.