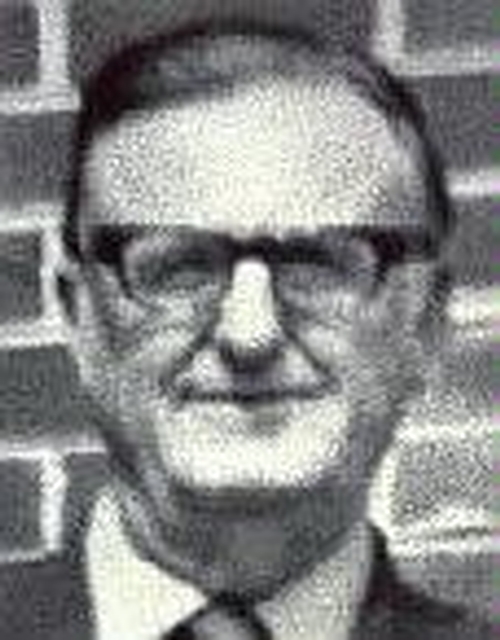 David was a member of the Laurel Fire Department.

David B. Joseph joined the Laurel Fire Department in 1942 and served as President for four years. He was a member of the Board of Trustees and served as an engineer of the Laurel Fire Department for 35 years. Mr. Joseph attended Beacom College in Wilmington and upon graduation worked for 32 years as office manager of Dolly Madison Ice Cream Company’s Laurel distribution center. He also served as a Clerk in the Delaware State Legislature and retired as a Clerk for the Justice of the Peace Courts. David B. Joseph was elected to serve as President of the Sussex County Volunteer Firemen’s Association and he also served on the Delaware Fire Prevention Commission. He was married to the former Blanche May Scott, who also hailed from Laurel. Mr. Joseph and his wife had one daughter, Faye (Wayne) and grandsons Michael and Mark Lowe. David attended Centenary United Methodist Church. He was Secretary of the Laurel Chamber of Commerce and a Past Member of the Laurel Lions Club. His honors include election to the Historical Foundation of Delmarva’s Hall of Fame, the Delmarva Firefighters Hall of Fame as well as the State of Delaware Firefighters Hall of Fame. He was Laurel’s Citizen of the Year in 1982. David B. Joseph was laid to rest in Odd Fellows Cemetery, Laurel, Delaware. His wife, Blanche May Scott Joseph, died in 1996.