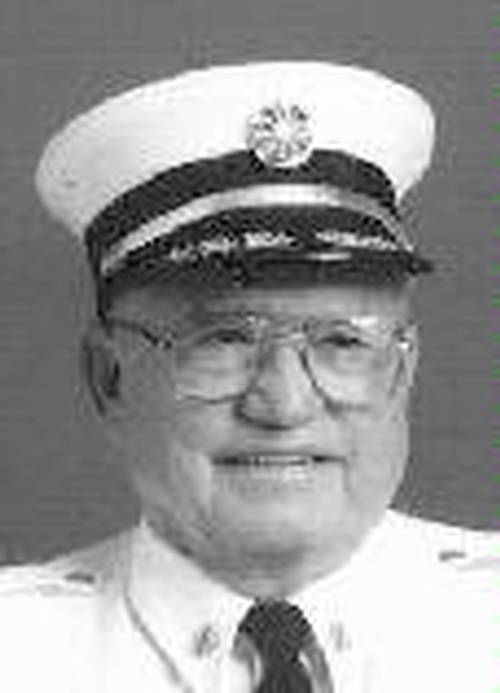 John was a member of the Holloway Terrace Volunteer Fire Company, No. 1. -.

John V. “Jack” Ryan, Jr., was the son of the late Anna Hall Ryan and John V. Ryan, Sr., (a Charter Member of the Holloway Terrace Volunteer Fire Company). A respected businessman in New Castle, Jack founded the Rose Hill Drum Company in the 1950’s and continued in its operation until his retirement. Chief Ryan was known for his devotion to the fire service. In 1929 at the age of 17, he joined the Holloway Terrace Fire Company. He rose to the rank of Chief, a position he held for 24 years. He also served as President of the New Castle County Volunteer Firemen’s Association, President of the New Castle County Fire Chief’s Association, Delaware State Fire Chief’s Association and he was elected as the first President of the newly formed Delaware Valley Fire Chief’s Association. He was the recipient of the Delaware Fireman of the Year award, the Kiwanis Club of New Castle- Fireman of the year and was inducted into the Delaware Firefighter’s Hall of Fame. In addition to many awards and honors, Chief Ryan was bestowed the title of Chief Emeritus by the Holloway Terrace Volunteer Fire Company. Jack served on the Board of the De La Warr School district and was a charter member of the Brandywine Hundred Rod and Gun Club. At the time of his death in 2004, he was 92 years of age. He was predeceased by his wife, Mary Emily Wilson Ryan. He was survived by his children Jake, Barbara Rossiter and Mildred Garcia; sister Annamae Rogers; brother Toby Ryan; nine grandchildren and sixteen great-grandchildren. Chief John V. Ryan, Jr., was interred in Gracelawn Memorial Park, New Castle, Delaware.