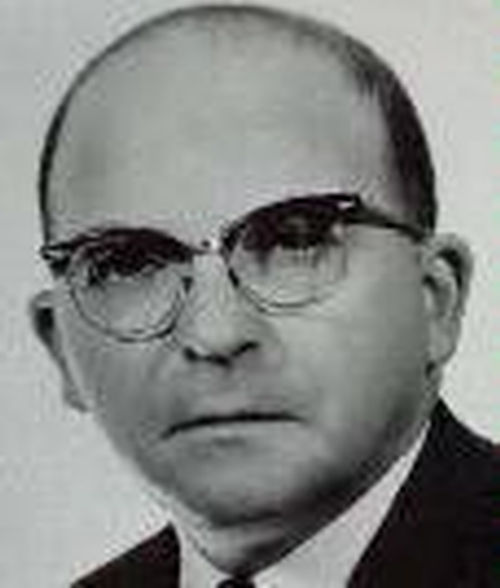 Earle Reynolds Bradley served the Citizens' Hose Company of Smyrna as Secretary, on the Board of Trustees, as 2nd Assistant Chief, Treasurer, 1st Assistant Chief and Chief. He served as President of the Kent County Fire Chief's Association and was named President Emeritus of the organization in 1961. In 1959, E. Reynolds Bradley was selected as the Delaware Fireman of the Year for Heroic Action. Mr. Bradley was also elected to the office of President of the Kent County Volunteer Firemen's Association and was selected as DVFA Fireman of the Year in 1980, then inducted into the Delaware Volunteer Firemen's Association Hall of Fame in 1982. He was a life member of the Citizens' Hose Company of Smyrna, Clayton, Odessa, Townsend, Talleyville and Harrington Fire Companies and an honorary life member of the Sussex County Volunteer Firemen's Association. He was a Chief Emeritus of the Clayton and Odessa fire companies, President Emeritus of both Kent County Volunteer Firemen's Association and Kent County Fire Chief's Association. He had also served as DVFA Secretary for many years. Mr. Bradley was a life member of the International Association of Fire Chiefs, E. Reynolds Bradley was a Private in the Untied States Army, serving in World War II. He was a member of Asbury Methodist Church of Smyrna. He served as Treasurer of Harmony Lodge #13, AF & AM and received the Grand Lodge of Honor award in 1984. Mr. Bradley was a 32nd Degree Mason of Delaware Consistory and a Charter Member of the First State Shrine Club. He was a life member of the American Legion, David C. Harrison Post 14 in Smyrna. He was a past Secretary of Kent County Chapter of Ducks Unlimited and served on the board of directors of the Old Union Church Society. He was a 50 year member of Smyrna Grange P of H. His other memberships were Nur Temple Shrine, Kent and Sussex County Scottish Rite Club, Duck Creek Historical Society and Friends of Old Drawyers Creek Church. He was interred in Odd Fellows Cemetery, Smyrna, Delaware.