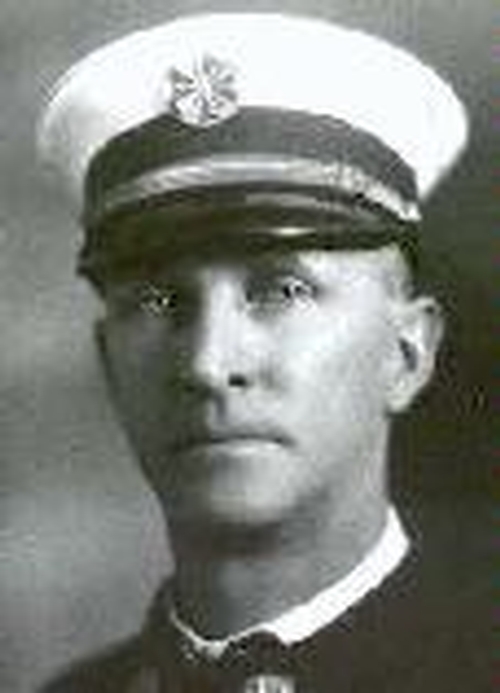 John was a member of the Five Points Fire Company.

John Nicholas Jordin was a founding member of the Five Points Fire Company and served as the first Fire Chief from 1921 - 1931. He had also served as President of the New Castle County Volunteer Firemen's Association. Born in Ohio, Mr. Jordin moved to Milford, Delaware in 1911 after living two years in Denton, Maryland prior to settling in Richardson Park in 1915. He was employed by the Pyrites Company in Wilmington, retiring in 1940. Mr. Jordin was also a founding member of the Church of the Brethren in Richardson Park that formed in 1915. Chief Jordin was elected to the Delaware Volunteer Firefighter's Association Hall of Fame. He was predeceased by his wife Lucy Belle Jordin in January of 1955. At the time of his death at the age of 86, Mr. Jordin was survived by three sons, Galen W., Raymond H. and Harvey L., three grandchildren and five great grandchildren, all of whom lived in Wilmington. John N. Jordin was laid to rest at the Church of the Brethren in Denton, Maryland.