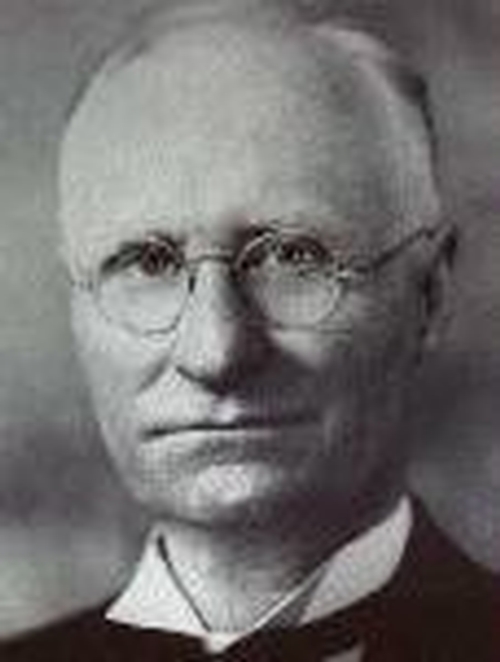 J. was a member of the Camden-Wyoming Fire Company.

James Elmer Haddaway, a civil engineer and surveyor, was a lifelong resident of the Camden-Wyoming area. A graduate of St. John's College in Annapolis, Maryland, Mr. Haddaway was appointed to the State Board of Registration for Professional Engineers and Land Surveyors in 1949. In addition to his heavy involvement in the Camden-Wyoming Fire Company and the Delaware Fire Service, J.E. Haddaway was a member of the Wyoming Methodist Church, the Knights of Pythias and the Camden-Wyoming Rotary. He was inducted into the Delaware Volunteer Firefighter's Association Hall of Fame. He was predeceased by his wife Mrs. Edith Baker Haddaway in 1960. At the time of his death at the age of 83, Mr. Haddaway was survived by three daughters, Mrs. Henry Cowgill, Mrs. James N. Guthrie and Mrs. Owen W. Miller; three brothers Arthur, Austin and Bernice. Also surviving were five grandchildren. J. Elmer Haddaway was buried in Odd Fellows Cemetery in Camden, Delaware.