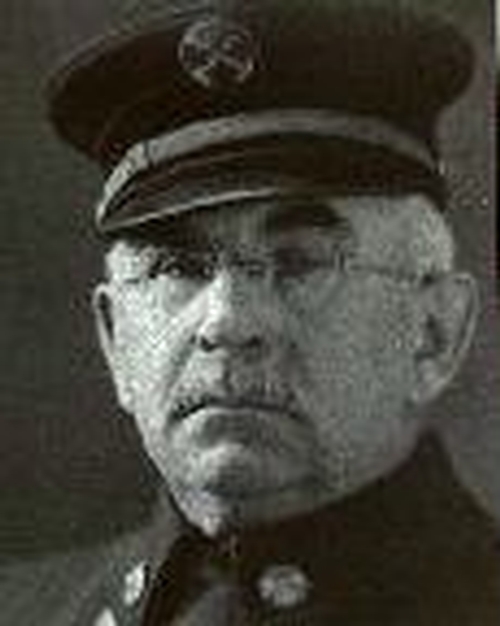 Edward was a member of the Volunteer Hose Company.

Born in Cecil County, Maryland, Edward S. Jones moved with his family to Middletown, Delaware in his early childhood. At the time of his death, he was the only remaining Charter Member of the Volunteer Hose Company of Middletown, which was organization was in 1887. Mr. Jones was also an organizer and charter member of the Delaware Volunteer Firemen's Association. While president of the DVFA, Mr. Jones was instrumental in forming of rural fire companies in Odessa and Townsend as well as several other Delaware towns. He had the unique record of having three bills which head prepared and passed by the Delaware State legislature without a single dissenting vote. The first was the "right of way" bill for fire trucks responding to emergencies on highways, second was the granting authority of counties to appropriate monies to fire companies and the third was a 2% insurance tax which would be used to fund the fire service. E.S. Jones was a past president of the Middletown Town Council, a member of the Junior O.U.A.M and helped form the State Council Jr. O.U.A.M. Mr. Jones served on the local school board and for a number of years on the board of the old Middletown Academy. Edward S. Jones was a barber, having retired after 56 years. He was a member of Bethesda Church. Interment was in Forest Cemetery, Middletown where a monument had been placed in Mr. Jones honor in 1923 in recognition of his service to the community. In 1890, Mr. Jones planted a beautiful row of 50 trees bordering the path from Middletown to the cemetery, of which he cared for while they were growing. The pathway, nearly a mile in length is named "Edward S. Jones Walk". He was inducted into the Delaware Volunteer Firefighter's Association Hall of Fame. He was 76 years of age.