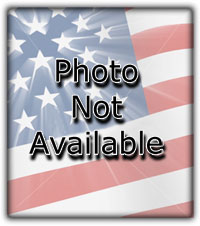 Dover, DE – A six year-old girl from Clayton, Delaware and a Frederica resident are being singled out for recognition by the Delaware Volunteer Fireman’s Association.

Civilian Recognition Committee members picked six year-old Jordyn Engle of Clayton for her quick thinking that saved her mother’s life. Also selected was her 12 year-old brother Ryan. Jordyn discovered her mother, collapsed, in the shower on May 3, 2007. The six year-old child quickly found her older brother, Ryan, who called 9-1-1 to summon help.

“I awoke in my bathroom filled with fire and rescue workers. I was scared and confused and did not understand what had happened,” said Shanan Engle, the girl’s mother. “After three weeks in Christiana Hospital and a week at Jefferson University Hospital, I was told I had an aneurism and a blood clot to my brain,” Ms. Engle said. Ms. Engle said she wanted to thank the responders who arrived, Jeff Lightcap, Robert Hoefecker, Dave Ross and Harvey Scott, Jr. for their efforts. “You will always be known to my children as the men that saved mommy’s life.”

A second recognition went to Curtis L. Brown of Frederica, whose quick actions saved the life of a motorcycle rider.

Mr. Brown witnessed a motorcycle crash on GRM Drive about 1 and one-half miles west of Frederica and flagged down a passer-by to stay with the victim while he notified 9-1-1.

“Had it not been for the quick thinking of Mr. Brown and his instructions to the passer-by to stay with the victim, David Price the motorcycle operator, may not have been found until several hours later or possibly not at all,” said Bowers Beach Fire Company’s Fire Chief, Phillip Pennington, Sr. “We hope that Curtis’ quick actions and his joining of the Bowers Fire Department afterwards will lead him to a career in emergency services,” Chief Pennington.