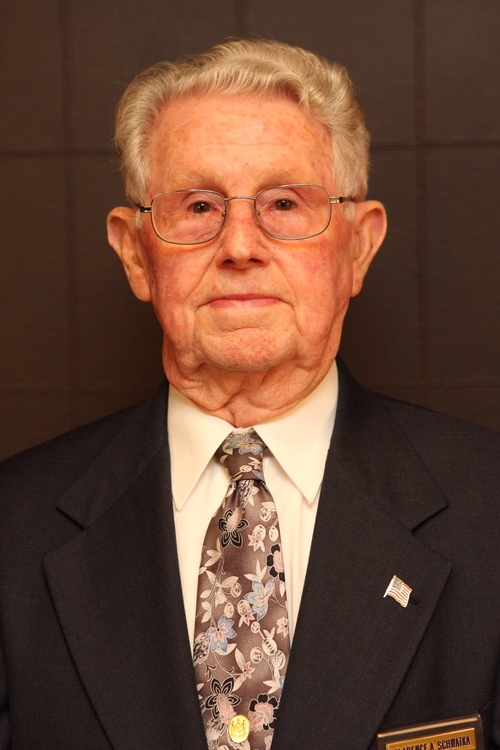 Clarence was a member of the Townsend Fire Company, Inc..

Clarence A. Schwatka, Jr., honorably served in the US Army during World War II. He served as the postmaster of Townsend and for 26 years as the Chief Sgt. At Arms in the Delaware State Senate. He was a member of the Middletown VFW Post 3792, American Legion David C. Harrison Post #14 (Smyrna) and the NARFE Chapter 1174 in Dover, Delaware. Mr. Schwatka was an 80 year member of the Townsend Fire Company and served in many offices in the fire company, the County and the State in those 80 years, including President of the New Castle County Volunteer Firemen's Association. In addition to his many awards, Mr. Schwatka was elected to the Delaware Volunteer Firefighter's Association Hall of Fame. Clarence A. Schwatka, Jr., 98 was married to his wife Beulah Burris Schwatka for 78 years. They are interred together in the Townsend Cemetery, Townsend, Delaware. Clarence Schwatka, Jr., is survived by his daughter Joyce Ann Golt, three grandchildren, five great grand children and six great-great grandchildren.