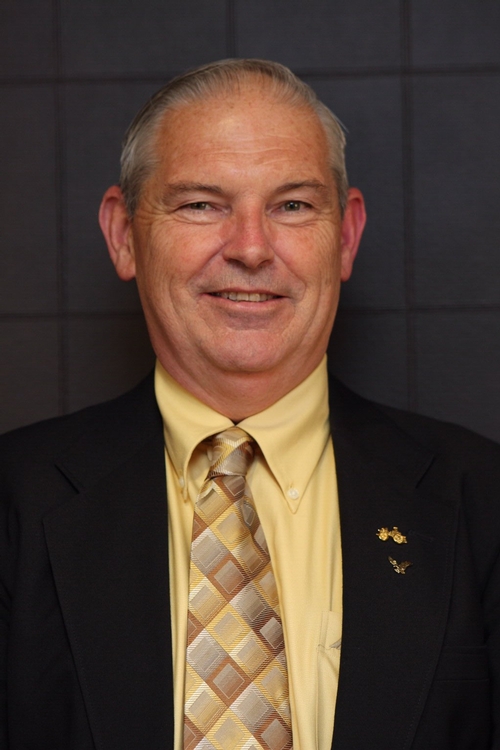 Elmer is currently a member of the Laurel Fire Department. He holds the positons of Secretary within the DVFA Executive Officials. He also serves on the Advisory to SFPC, Out of State Coordinators, DVFA Conference, and Partners in Progress committees.

. Elmer is widely known through out Delaware and the Delmarva area for his years of dedicated work for the fire service but he is best known for his work with the Delaware Volunteer Firemen’s Association’s Annual Conference. Elmer started his fire service career in the Millville Fire Company where he joined as a junior in 1962. He followed in his father’s footsteps as a lot of sons do. After he got out of the service he moved to the Laurel area and joined the Laurel Fire Department in 1970. In his tenure with the Laurel he served many offices including Assistant Rescue Captain, Engineer and Chief Engineer for three years put his main officer contribution has been in the administration offices. He was Trustee for six years, Vice President for eight years and President for six years. Today he is the secretary, an office he has held since 2005. He has also served on many committees at Laurel including New Apparatus, Uniform, By-Laws, and for the last nineteen years he has been chairman of the Bar Committee. When he joined Laurel they were at the old down station and there fleet consisted of three American LaFrance Pumpers. Elmer recalled “they had a white engine. It was a 59 American LaFrance.” “That was to good old days”, he said. In those days they did a lot of different fund raisers, dinners, car washers, casino nights and bingos. Elmer has worked for twenty-seven years at the Seaford DuPont plant where he has served and continues to serve today on the DuPont Fire Brigade. Elmer’s wife Sandy, who he has been married to for forty years and his two of his daughters are members of the Laurel Ladies Auxiliary. His first firefighter training was as the old Woodside school before the Delaware State Fire School was built. He also trained at the military installation of Wallops Island, which today is a NASA facility. He has also completed many hours of training with the DuPont Fire Brigade. He is a member of the Sussex County Fire Chiefs Association, the Delaware State Fire Chiefs Association, the Delaware Valley Fire Chiefs Association, the Cum berland Valley Volunteer Firemen’s Association, The National Volunteer Fire Council, the National Fire Academy Alumni Association, and the Laurel American Legion Post 19 for nineteen years. He is also active with Delaware Volunteer Firemen’s Association where he has been a Delegate of Alternate for twenty years. But his most notable commitment is to the DVFA Conference Committee where he has served for nine straight years as either Chairman or a member of the executive committee. When it comes to the DVFA/LADVFA Conference Elmer is the go to guy. He knows the Sheraton Hotel and the set ups for each event better than the Sheraton’s own staff. He said, “You know why I got involved in the DVFA Conference? Norman Tate asked me. He was my biggest influence in getting involved with the conference.” He continued, “We were at Wilmington Manor at a county meeting and he said to me, I want you to take this spot on the conference committee.” When we talked about the conference many different items came up but two in particular were highlighted. One was Hurricane Isabel in 2003 and of course the World Trade Center terrorist attacks in 2001. “There are always a thousand little crisis that happen at the conference every year but those three were the most significant”, Elmer said. His commitment to the Sussex County Fire Service and the Delaware State Fire Service is highlighted by his presidency of the different associations. He has served as president of the Sussex County Volunteer Firemen’s Association, the Sussex County Fire Chiefs Association, the Delaware Volunteer Firemen’s Association and the Delaware State Fire Chief Association. He is also the past president of the Delmarva Volunteer Firemen’s Association where he currently serves and their secretary. His awards have been many. He was selected as Firefighter of the Year for the Laurel Fire Department in 1994. He received the Sussex County Firemen of the year in 2006. He was inducted into the Delaware Hall of Fame in 1994 and the Delmarva Hall of Fame in 1993 and again in 2000. In addition he has received the follow awards: The DuPont Safety and Awareness award, the Nanticoke Rotary Club Community Service Award, the Office of the Governor of Delaware’s Tribute of Service Award and the CSFI’s outstanding Service Award. The largest fire he remembers was the large fire that burnt most of down town Laurel. He said “I drove one of the trucks and was on the corner there at the library and pumped water all night and into the morning. When we came out of the firehouse and headed up town the smoke was so thick we had to put a man in front of the apparatus to direct them in.” When I asked him what was his best experience he said “to help others, especially the kids.” When we talked about what he would tell a new prospective member he said, “You need to be up front and sometimes you have to depend on self satisfaction.” When I ask him how he wanted to be remembered he said, “For the things that I do and for the fact that I have tried to do the best I can.” Well, there is no doubt that we can certainly remember and appreciate Elmer for all the things he does and has done, weather it is for the DVFA or the Delmarva, on for any part of the fire service.