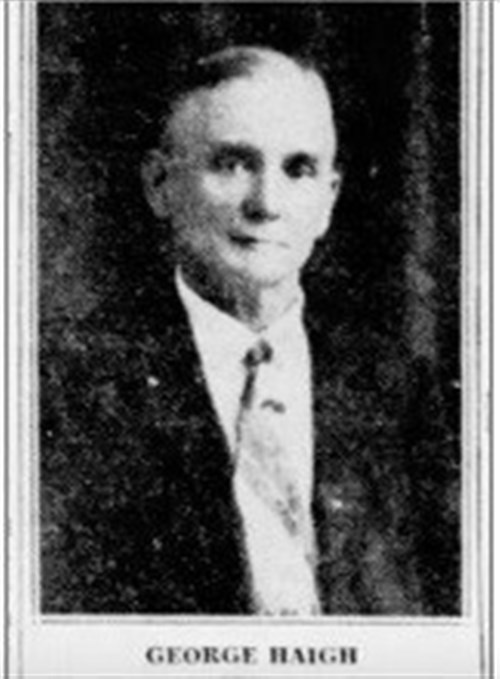 A Charter Member of the Cranston Heights Fire Company, George was killed in the line of duty as a result of injuries he received after battling a house fire in the neighborhood of Brookland Terrace.  He was 67 years old. At the time of his death, he had been the sitting President of the Cranston Heights Fire Company #1 for the prior five years.  Fire apparatus arrived on the scene of the bungalow fire shortly before 11 o'clock.  Upon arrival, dense clouds of smoke poured from the house.  George started into the house with his fellow firefighters when he reeled in the doorway and collapsed.  Charles Jones, Chief of the Elsmere Fire Company, picked George up and headed toward the hospital.  As the fire was brought under control, volunteers on the scene learned of the death of President George Haigh.  Mr. Haigh was an active member of St. Barnabas Church, the Knights of the Golden Eagle and the Knights of Pythias.  He made his home with his son-in-law and daughter, Mrs. Joseph Parker at the Cedars.