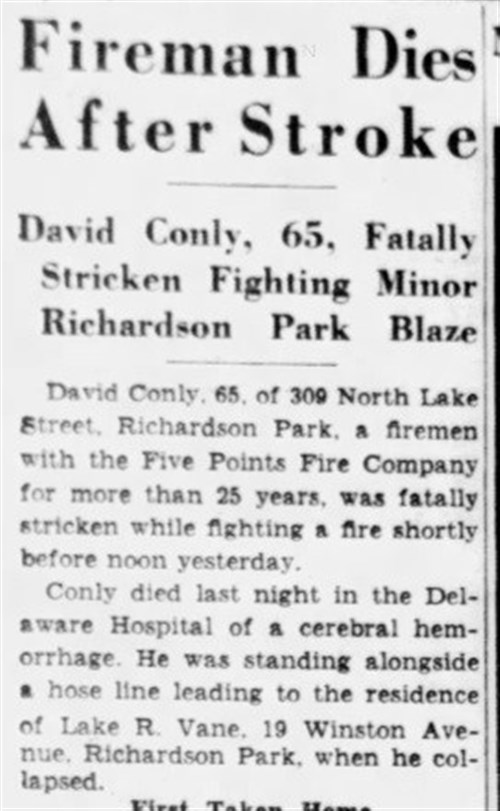 David Conly, a 25 year veteran of the Five Points Fire Company, died at the Delaware Hospital after suffering a stroke and collapsing while on the scene of a house fire on Winston Avenue in Richardson Park.  He was 65 years of age.  He was standing beside a hose line when he collapsed and was first taken from the fire scene to his home.  He was later removed to the hospital where he died two hours later.  Conly was survived by his widow Mrs Harriet W Conly, a son, Robert R Conly, two brothers, John Ray Conly and Willard J Conly as well as one granddaughter. 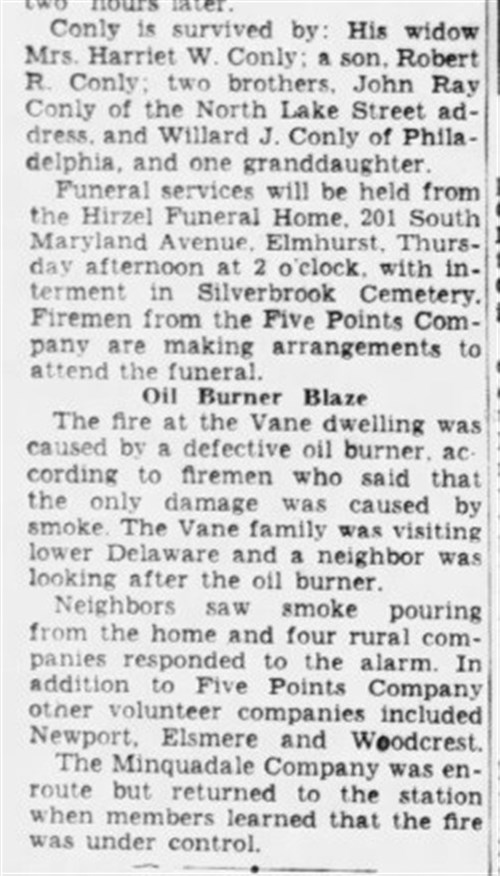