Georgetown Fire Chief Clifton M. Rogers died on April 4, 1969 at a house fire that occurred five miles west of Georgetown.  As heavy smoke poured from the structure, Rogers began laying hose.  He had just moved the tanker he was driving into better position, when he was stricken with a heart attack.  He was dead on arrival at Nanticoke Memorial Hospital in Seaford.  Rogers served in combat as a Sargent in the US Air Force in the 104th Fighter Squadron during World War II.  At the time of his death, Clifton was President of the Grace United Methodist Church, Board of Trustees.  He also a commander with the Delaware State Police.  He was 45. 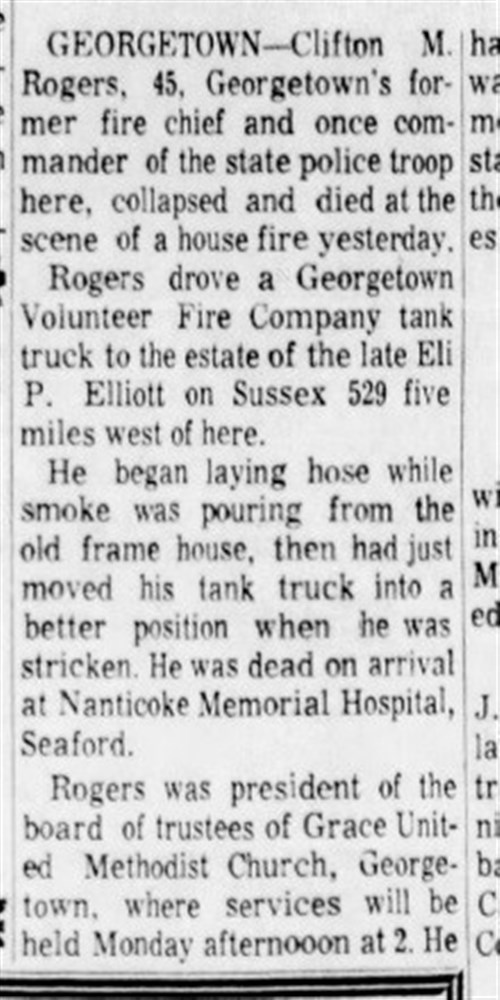 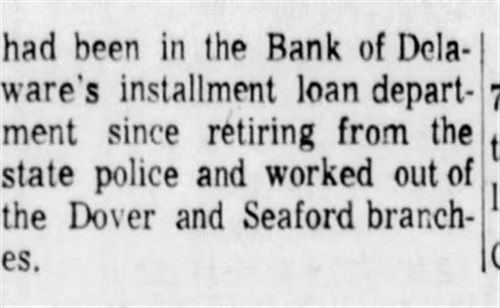