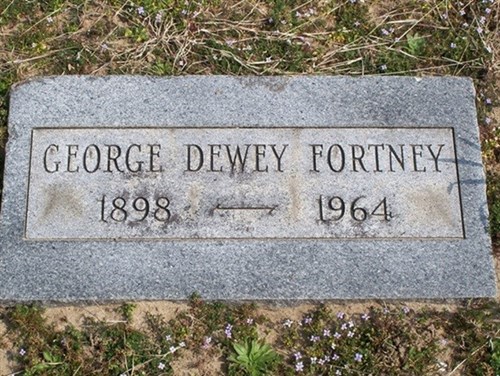 Fire Policeman George Dewey Fortney, Sr. suffered a fatal heart attack behind the wheel of his car while responding to a car fire, three quarters of a mile over the state line west of Marydel.  George Dewey Fortney, Sr. was 65 years old.  "Dewey" was the former Chief of the Marydel Police Department and had retired from the International Latex Company in Dover.  His funeral was held on Monday January 6, 1964, with burial in the Wesley Methodist Episcopal Church Cemetery in Burrsville, Maryland.  In addition to the Fallen Firefighter's Memorial in Dover, De, his name also appears on the Maryland Fire-Rescue Services Memorial in Annapolis. He was survived by his 3 sons and 5 daughters.