William T Dougherty of the Reliance Fire Company was fatally injured when the hose cart on which he was riding the rear step, was struck by B & O Express Train on Union Street between Pennsylvania Avenue and 11th Street.  The safety gates at this crossing point were raised, indicating that it was safe to cross the tracks.  There was a flagman on the tracks frantically waving a white lantern as if to get the speeding train to stop, but his efforts were in vain.  The horses were going too fast and it became impossible to stop them.  The horses crossed the train tracks safely, however the cowcatcher on the train caught the back corner of the hose cart and demolished it.  Dougherty was thrown 100 feet and into the side of a home with great force.  The collision tore the harnesses from the horses and they dashed down Union Street to Front Street where they were caught.  Dougherty never regained consciousness and died at Delaware Hospital.  He was 28 years old, leaving behind a wife and a young daughter. 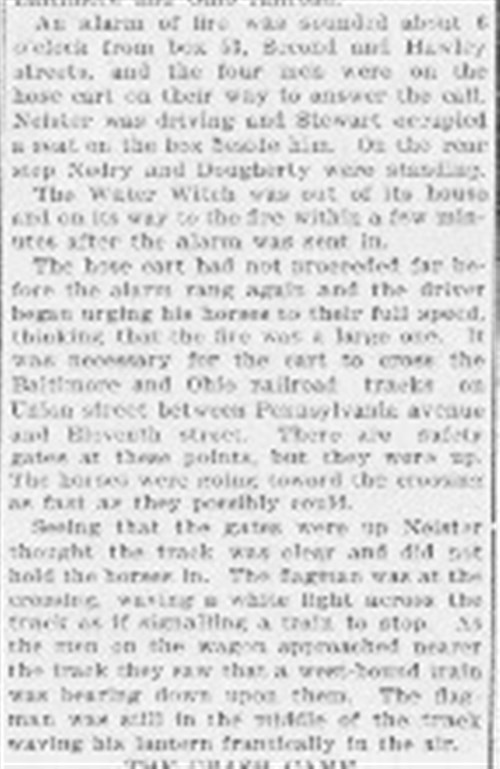 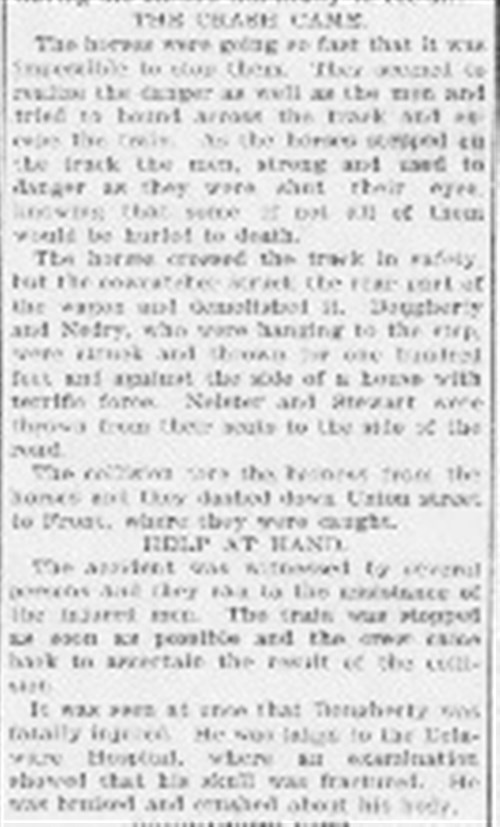 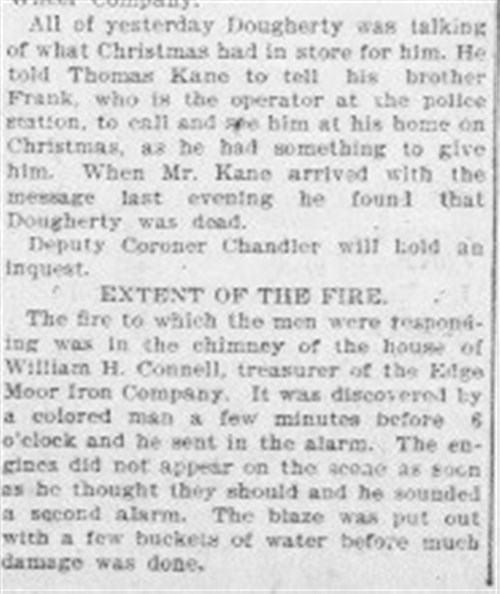