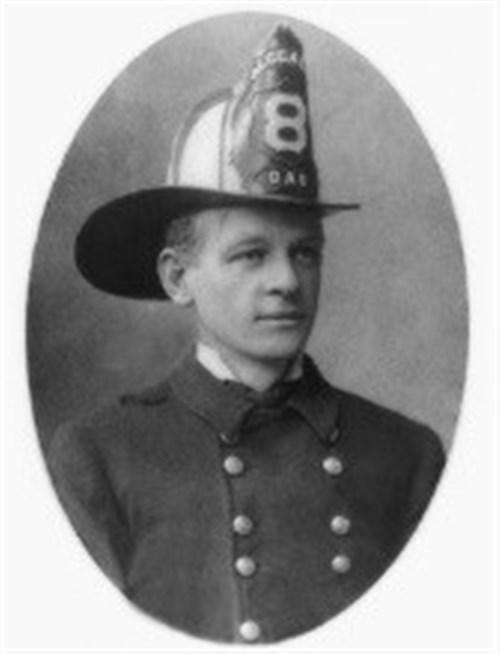 A member of the old Weccacoe Volunteers and the Wilmington Fire Department Engine Company 6, Daniel A. Haggerty, 52, suffered a heart attack and lost his grip during training and fell from the top of a 16 foot ladder.  The fall caused additional injuries and it is believed he died moments later.  He was rushed to the St. Francis Hospital but was pronounced dead upon arrival.  During his service at the Weccacoe Fire Company, Mr. Haggerty served as secretary and later as engineer, a role in which he continued when the city took over and until the old steamer engine was abandoned.  The two brothers of Mr. Haggerty, James & John were also members of local volunteer companies.  In his youth, Mr. Haggerty was a barber but gave up the work for firefighting, a position in which he had been faithful to in the remainder of his life.  His wife, Mrs. Mary Haggerty, two daughters, Mrs. Eleanor Reese and Mrs. Anne Skepski and one son Joseph Haggerty survive.  He was a member of the Firemen's Relief Association, the Fraternal Order of Eagles and an honorary member of the Brownson Association. 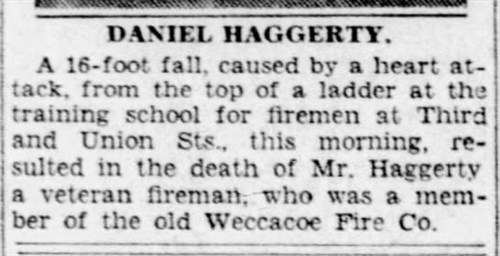