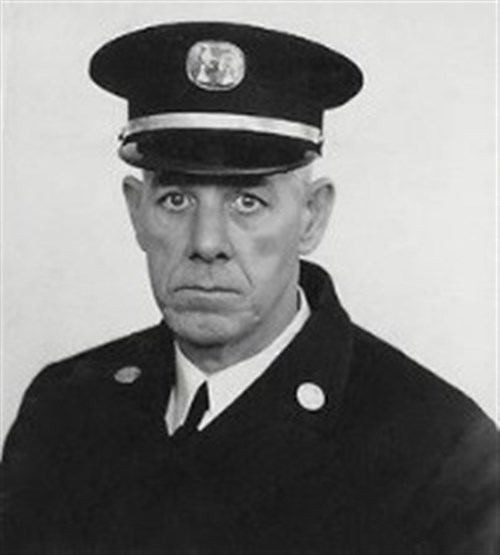 Deputy Chief Daniel Francis McGranary of the Wilmington Fire Department suffered a fatal heart attack at the scene of a house fire on McCauley Street.  At 57 years of age, Deputy Chief McGranary was one of the oldest members of the department.  He was stricken in the front room of the house and carried by George Fenton and other firemen to a waiting vehicle, where he was rushed to the hospital. McGranary began his firefighting career with Reliance Fire Company during the city's volunteer days, where he was President of the organization.  He joined the Wilmington Fire Department January 20, 1922 as a firefighter and rose through the ranks to Lieutenant, Captain, Assistant Chief and Deputy Chief.  Survivors are his wife Mrs. Elizabeth G McGranary and a son, Staff Sgt Thomas J. McGranary who is now on his way home from India.