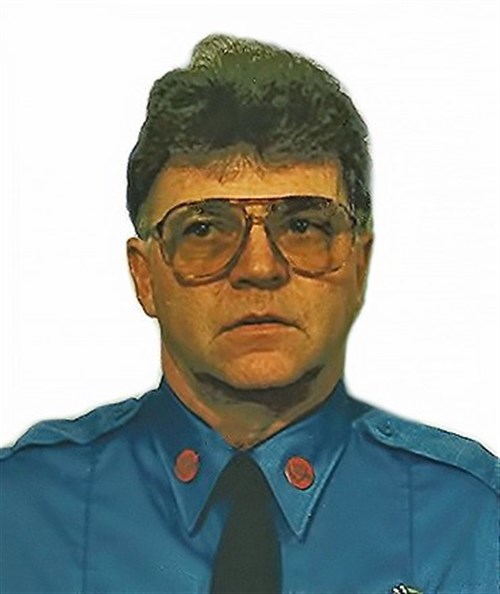 Prince A. Mousley Jr, 58, died of a heart attack after collapsing at the scene of a residential structure fire in the 2800 block of N Washington St.  He was revived by firefighters on the scene, but died an hour later in Wilmington Hospital.  Mousley had just returned to work after a bout with cancer, where he had lost a lung.  He was a 28 year veteran of the Wilmington Fire Department and served in the Delaware Air National Guard. 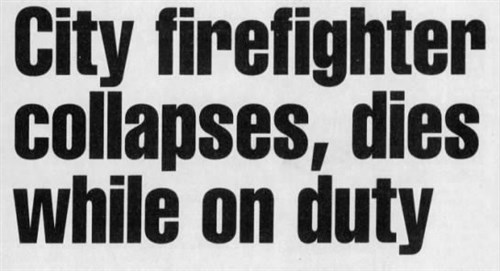 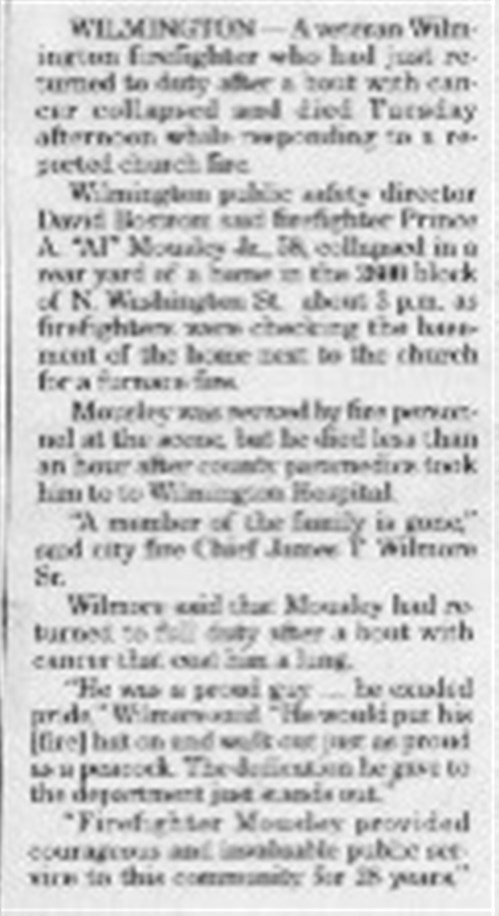 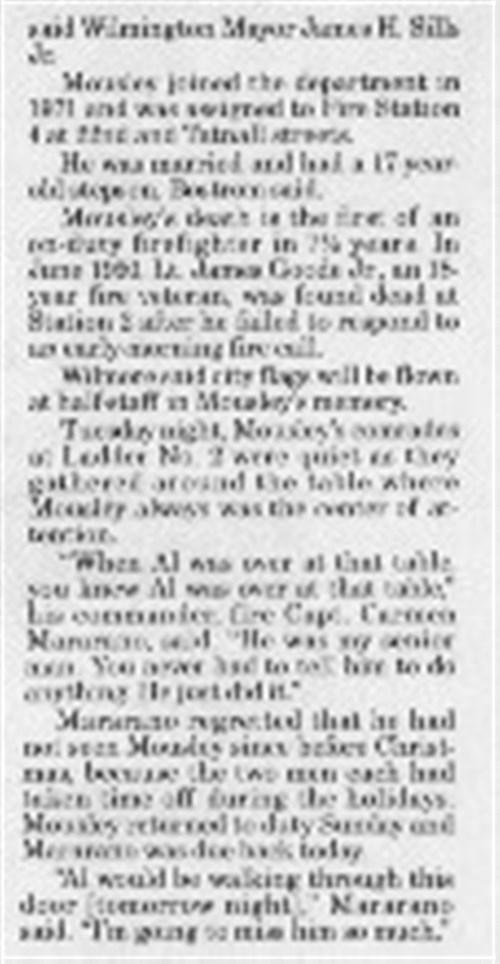