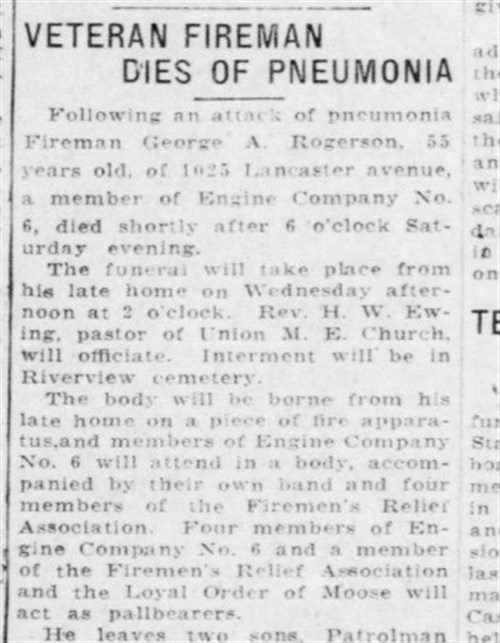 George Albert Rogerson of Engine Company #6, died of pneumonia after not feeling well while at work.  Mr. Rogerson's death is attributed to his refusal to give up although a sick man, and responding to the alarm of fire from Greenhill Church lane, on the Kennett Pike, January 31, when the homes of Alexander Taite and Robert Jones were burned. He caught a heavy cold that quickly developed into pneumonia and resulted in his death.  He had been a member of the Weccacoe Fire Company for 28 years prior to his appointment to the Wilmington Fire Department.  He was a member of the Loyal order of Moose and the Firemen's Relief Association.  He leaves behind two sons, Patrolman George L. Rogerson and Walter Rogerson. 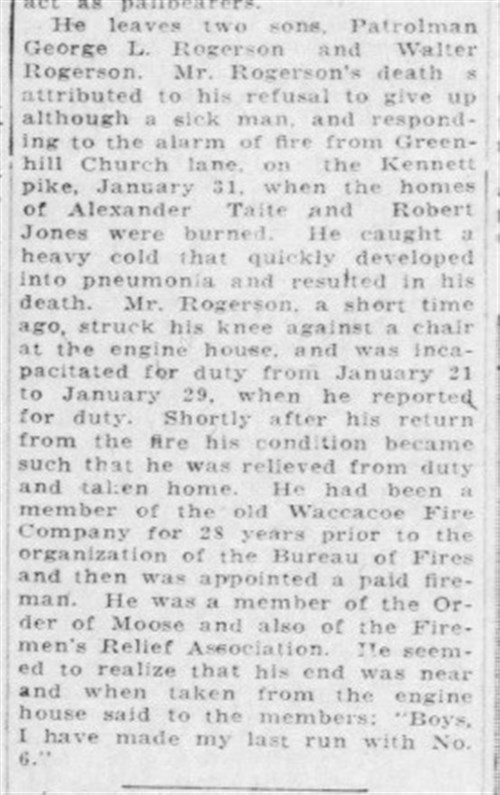