Lt. Arthur A Veal died during a 2 alarm fire at Maeson's Record Store on Fourth Street in Wilmington.  Lt Veal was carrying hose inside the building when the floor collapsed, plunging him into the water filled basement.  He was dragged from the basement by fellow firefighters and taken to Delaware Hospital, where he was pronounced dead.  Doctors stated the cause of death was drowning.  Surviving were his wife Gertrude Veal, a son, Arthur A. Veal, Jr, serving in the US Navy and a daughter, Lona.  Lt. Veal is also survived by his mother Mrs. Martha Farrow.  Lt. Veal was a member in good standing of the Fraternal order of Firemen, which will provide his widow with one half of the amount of Lt. Veal's full pension of $100, that he would have collected, had he lived to retirement. 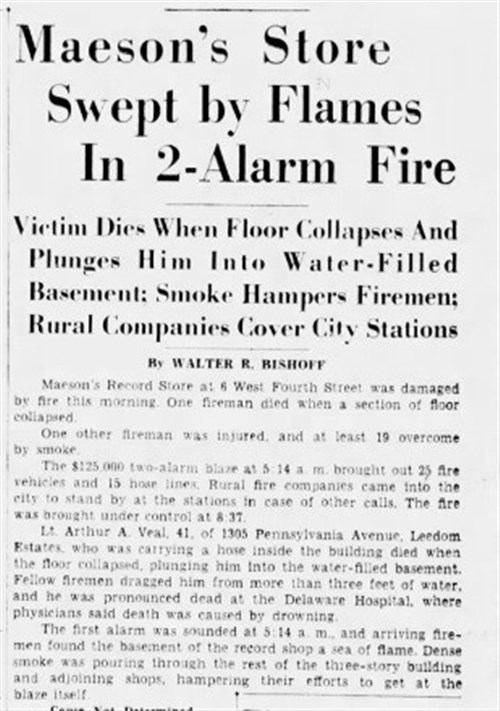 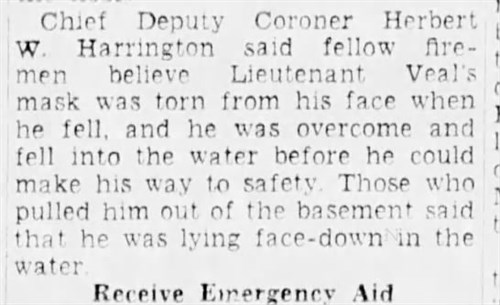 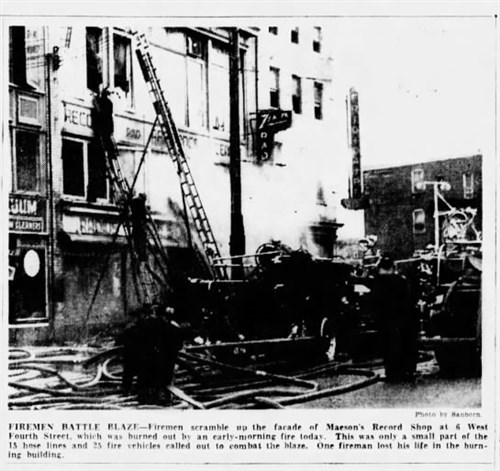