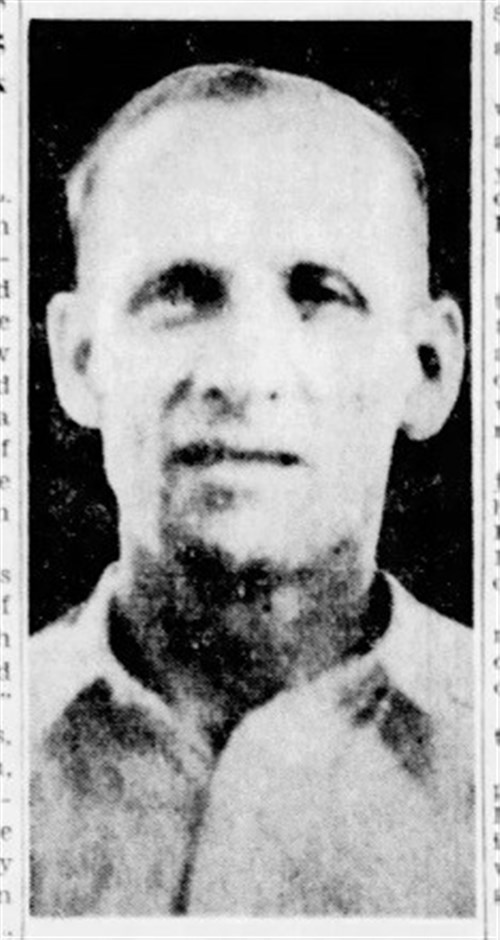 Firefighter Robert H. Graham, died of injuries sustained in a fall   An 18 year veteran, he had been a member of the Wilmington Fire Department since 1921 and had served as a volunteer prior.  Graham, who was assigned to Station 6, fell from the back step of a responding engine, striking his head.  He was thought to have lost his grip while reaching for his helmet. In his youth, Graham played baseball with several Wilmington area teams.  He is survived by his wife Virginia Speakman Graham, his son Robert Graham, Jr., daughters Dorothy Graham and Mrs. Bernard Long. 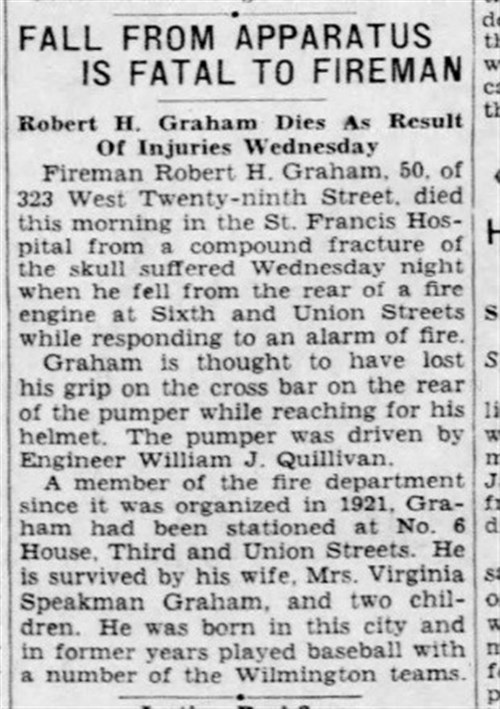 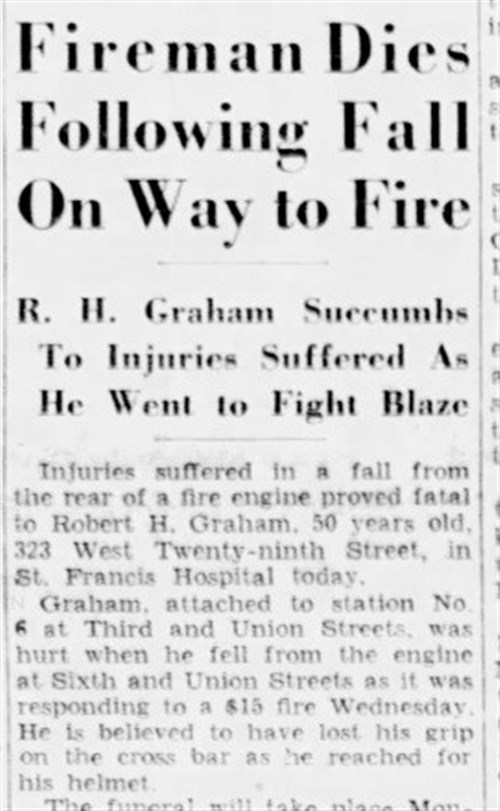 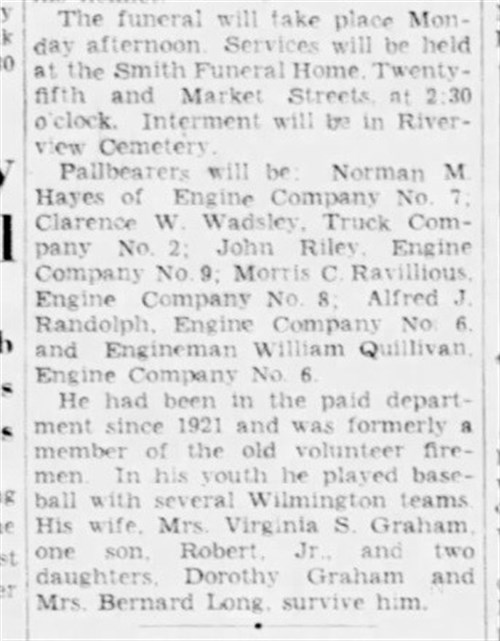