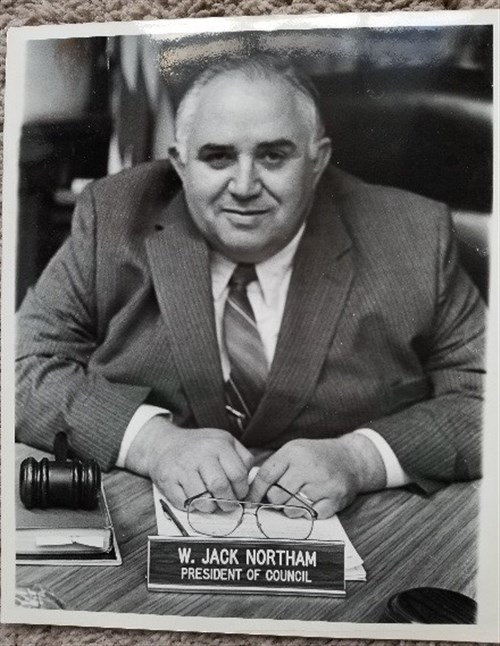 On the night of June 16, 1996 the Delaware State Fire School was conducting an Air Bag Class at the station, equipment was being cleaned for the Maryland State Convention Parade and plans were being made for the upcoming July 4th celebration. An auto accident was reported north of town on Rt. 13. Jack Northam was doing a repair job to Eng. #1. He walked to the tool box to put tools away before responding. Members entering the station then saw Jack on the floor. He had suffered a fatal heart attack. Jack served the Laurel Fire Department as President, Vice President, Secretary, Ambulance Captain and Chief Engineer.  He was also a Past President of the Sussex County Firemen’s Association.  He was the Laurel Fire Department service award recipient in 1992, inducted into the Delmarva Firemen's Association Hall of Fame in 1998 and inducted into the Firemen's Historical Foundation Hall of Fame in 1998.  Jack's service to the community extended beyond the fire station, where he served on the Laurel Town Council for 18 years, many of those years as President.  He was a member of Hope Masonic Lodge #4 and was a 32nd Degree Mason.  Jack was a big man with a big presence and you always knew where you stood with him.  He never pulled any punches and was a straight shooter.  Jack was 55 years of age.